Jon was a young offender who was offered the chance to do his DofE whilst in prison.

“There was only space for 15 in the first bunch of lads to be able to start working towards their Bronze Award, but I was hopeful, I had a long sentence, and I was far from being 21 at which I would be shipped to another prison, so I knew my chances were good.
“I was right, and I was picked, it was a moment that would change the course of the rest of my life…”

Read Jon’s blog below, where he talks about his journey and how he achieved his Gold Award… and ended up working as Sous Chef in one of Jamie Oliver’s restaurants.

I am particularly passionate about the work the DofE achieves with young people, as a few years ago I was in a situation where I needed help.

I left school at 16, after a brief stint at 6th form, I realised I didn’t have to be there as it wasn’t compulsory any more. I left, but with no plan or idea of what I wanted to do. I thought that I would be successful at something, but I had no idea how, I was young, lost and confused.

Around this time I quickly found myself getting into trouble with the law for various offences, there was a period of time that I was being arrested every single weekend.

I had no drive or ambition, I was at war with myself and the world around me and it was escalating out of control. In January 2008 at 18 years old I was in court, this time for a couple of serious offences and I was sentenced to six and half years in a young offenders institute.
Now I was at rock bottom, for at least the next three and a bit years I was going to be locked up, I was going to be 22 when I was released and it hit me hard. Even when I was causing mischief at 17/18, I thought everything would sort itself out and by 22 I would have moved out and had a good job.

Anyway, here I was, 18 years old and in prison. I tried to sign up for everything I could, it was that or face 23 hours a day in a cell and there is only so much you can sleep in a day.

Through the guys in the gym I heard about the DofE coming into the prison, I had heard about it at school, but when I was a kid it was something for the ‘good’ kids, the ones that were going to university. That sure wasn’t me.

This time however, Reading football club were providing the award, they came in one day and gave a big motivational speech about the award and how it could affect us. I was inspired and put my name down, along with probably 60 other young offenders’. There was only space for 15 in the first bunch of lads to be able to start working towards there bronze award, but I was hopeful, I had a long sentence, and I was far from being 21 at which I would be shipped to another prison, so I knew my chances were good.

I was right, and I was picked, it was a moment that would change the course of the rest of my life.

There are four sections to a DofE award, the first is Volunteering, and you would be forgiven for thinking ‘how do you volunteer in prison?’ A couple of the lads had different volunteering jobs, from race relations’ work to painting boards for the gym. I was a Listener. Listeners are prisoners who are trained by the Samaritans, we were on call 24/7 for other prisoners to speak to confidentially. It was very rewarding, as well as learning a lot from the training, it was also a pleasure to be there for some of the people who needed it most. When a person is in a dark place, talking to another person and ‘letting it out’ could be the difference between living and dying. Sounds extreme but it is true.

The next section was Physical, this part meant that I was staying fit and healthy. It also improved social skills and confidence while taking part in team activities like football and volleyball.

The third section, and the one that had the biggest impact on my life was the skill section. I worked in the kitchen, and had the opportunity to work towards an NVQ in cooking. Knowing that the NVQ was going to give me a qualification that I could use outside of the prison and also that it was helping me towards reaching my Award kept me motivated.

I will come back to how the skill section changed my life, but first the last section of the bronze, and silver awards is the expedition section. Obviously being locked up in a prison meant we weren’t going to be going anywhere far, so we camped out on the football pitch, and took part in lots of teambuilding events.

All four of these sections together helped me to grow as a person, I got to know myself and what I was capable of. Over the three and a bit years I was in there, I achieved my DofE bronze award, Silver award, and was now working towards my Gold. After completing my offending behavior programs I was able to move onto the resettlement unit. This was a semi-open part of the prison where I could be released for work activities. The fact that I had achieved things that I could be proud of, I felt sure of myself, the opportunity to work at one of Jamie Oliver’s Restaurants came along, I didn’t hesitate and got stuck in.

I was Volunteering as a listener, I was taking part in physical activities, I was using my skills as a chef and I was planning a 3 night, 4 day expedition to the Brecon Beacons.

In December of 2010 I was invited to an event at Windsor castle to tell my story, about how the DofE had given me new hope. It was an evening that really inspired me, I was talking to Royalty and many famous faces including Michel Roux jr. who I admired.

As 2011 came in I felt a massive sense of pride and achievement. In a few months I was to be released, with a career that I enjoyed and a GOLD DofE Award. I had this image of myself standing at the gates and when they opened just soaring high. I had gone from a shy, lost young man with little hope to a man with confidence, skills and a motivated attitude to life. Taking part in the award really saved my life, it unlocked my potential gave me the tools to succeed.

April 2011, I was awarded my Gold DofE award by The Duke himself, It was filmed as part of a documentary on the Duke as he was turning 90 that year. It was the proudest day of my life, not just because of what I had achieved but also for how I had made my family proud. My Dad was there with Mr. Simmons and Mr. Stretton who were Officers who had helped me all the way through.
The same month I was released back into the big wide world.

I worked for Jamie Oliver’s Restaurants for five years, I worked my way up from Commis chef to Sous chef. I really found my passion of cooking. I have cooked for Jamie and his crew on the set of his filming of two TV series. Also spent some time with Raymond Blanc in his 2 Michelin star restaurant and Angela Hartnett’s Michelin starred Murano. In 2015 I started working for myself, I offer a private chef experience for dinners and events, in November of this year I expanded into street food, the growing trend of good food served on the street. 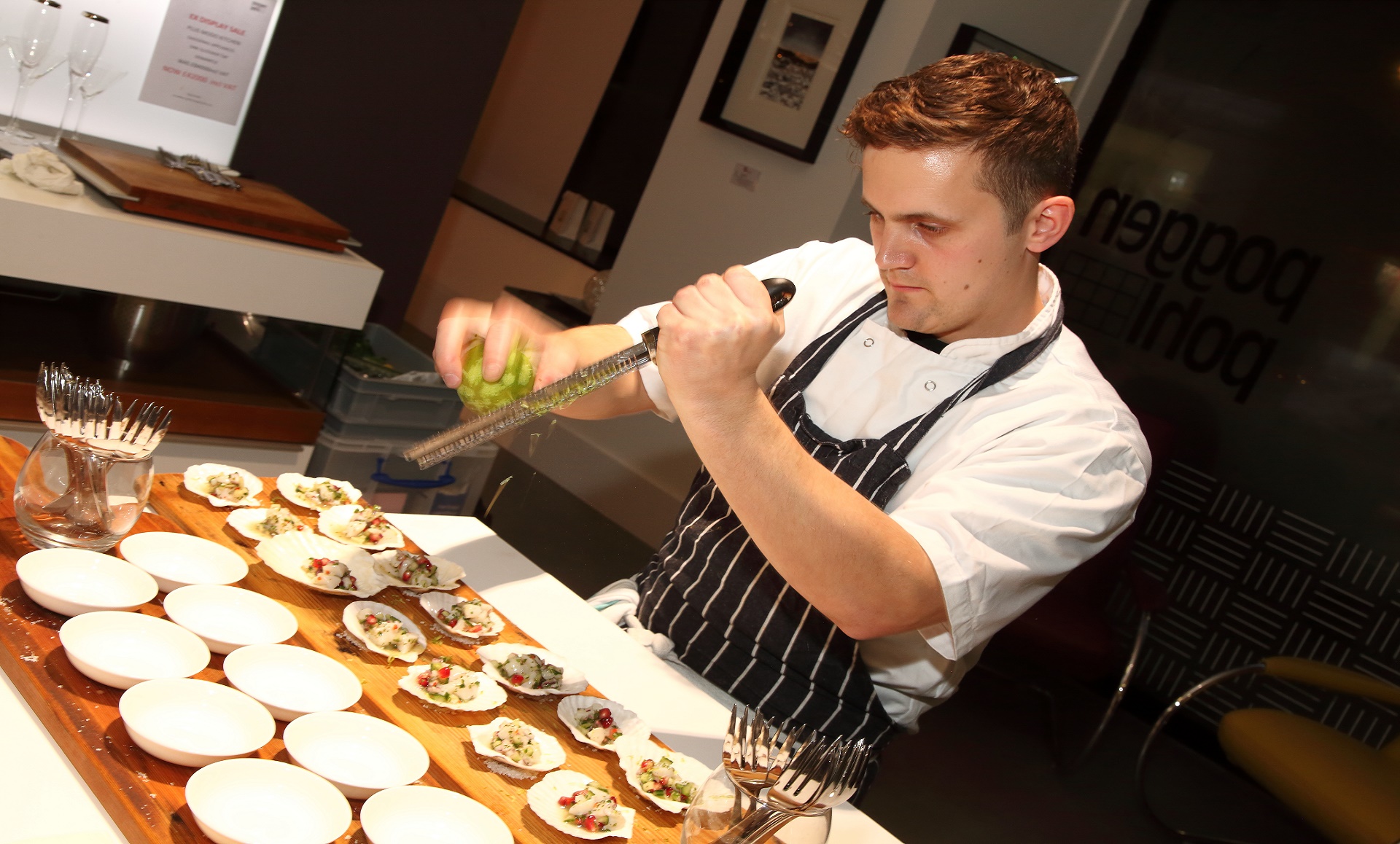 I love food, I love cooking, I love my career, I love my life. It is all down to my experiences with the DofE. I could be a million miles away from where I am now. But I am not, I am still a young guy with ambitions and dreams, I will be a success. I believe all young people regardless should take part and earn their award. It truly can unlock your potential and help you grow into who you really want to be.

By fundraising for the DofE, you're helping young people like Jon.